Keith was born in New York near Brooklyn. His mom had been a singer with the Big Bands, his dad a schoolteacher.  Before he was two his mom said Keith had perfect pitch as he sang his baby songs.  A year later his family moved to CA and settled into the newly developed orchards of the San Fernando Valley, just a short drive to Hollywood, which would play a significant role in Keith's future.

Keith’s parents made sure he learned how to play guitar and piano at a young age. He liked piano best, but got bored playing the long classical pieces.  So instead of learning to read sheet music, he’d memorize each piece, then pretend to be site reading when his teacher was there. But his grandfather, who started Jaguar Records, the first rock and roll label, taught Keith how to play chords on the piano… and was he end of classical music for him. From that moment on Keith began writing and singing his own songs. He was only 6 years old at the time.

When he was 11 Keith signed a recording contract with Decca Records, singing his own songs.  Although his pictures were in the Teen Magazines and his single had some minor success, the industry didn’t know how market with such a young artist. Keith was very disappointed and at 14, felt like a total failure, a 'has been' which was very difficult for someone who had  been groomed all his life to be a pop star.

Keith was 15 the first time he ran away from home. He started a journal that very day and for years as he looked for musical adventure and spiritual truth, the wrote his journey down. Keith had a Jewish background, but he grew up reading the New Testament. He called it "a confusing combination" that left  him deeply unsatisfied. His journey led him to drugs, eastern mysticism, and free love.

When Keith was 19 he met a fellow seeker/musician named Melody. They were inseparable and got married a year later -- now he had a partner as his spiritual quest continued.  Then when he had nearly given up hope, Keith found the truth he had been looking for.  He now was 21 and never looked back. 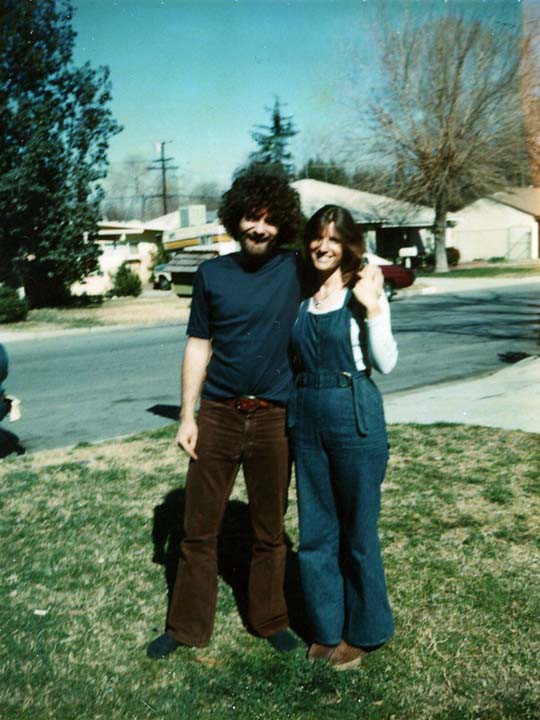 Keith had grown up reading about Jesus in the bible, but was confused when he figured out he was Jewish, a fact his family had hidden from him. But now what once confused him made sense as Keith proudly told the world, “I'm a Jewish Christian." As soon as Keith opened his heart to Jesus, he and Melody opened their home. Anyone with a need, or who wanted to kick drugs, or get off the street, was welcome.  Of course, they always heard plenty about Jesus at what fondly became known as "The Greenhouse."

Not only did Keith's life take a radical turn, but by then he was a highly skilled  musician and songwriter,  and so all of his songs changed too. His quest for stardom had ended.  And now his songs reflected the absolute thrill of finding Jesus and seeing his own life radically changed. Keith's spiritual intensity not only took him beyond most people's comfort zones, but it constantly drove him even beyond his own places of content.

Somewhat reluctantly, Keith was thrust into a "John the Baptist" type ministry -- calling believers to wake up, repent, and live a life that looked like what they said they believed. Keith felt he would have met Jesus sooner if not for Christians who led double lives. He made audiences squirm by saying, “If you praise and worship Jesus with your mouth, and your life does not praise and worship him, there's something wrong!"

The radical commitment Keith preached was also the kind of faith he wanted  his own life to display. About Jesus Keith said, “Loving Him is to be our cause. He can take care of a lot of other causes without us, but He can’t make us love Him with all our heart. That’s the work we must do.  Anything else is an imitation.”

Keith's songs were often birthed during his own spiritual struggles. When he pointed his finger at hypocrisy, he knew he had four fingers pointing back at himself.  He penned honest and vulnerable lyrics—but left room for God to convict the rest of us too. He knew the journey to heaven often twists through rocky valleys, and saw no value in portraying his journey as otherwise.

With Keith's honesty, he would have chafed against a glossed-over reading of his own life. After all, Keith was in the spotlight as he grew in Jesus. So when he made mistakes, he would talk about them to portray his life honestly.  He believed we miss something essential when we overlook the frailty and humanity of others as well as ourselves. He knew he was far from perfect, but he passionately hungered and thirsted after righteousness.

Keith was constantly praying, asking the Holy Spirit to,  "Please change my heart, and convict me of my sin." And when he was convicted, he took action.  If he needed to repent, he repented.  If he needed to phone someone to ask forgiveness, he made the call.

Keith’s views on many subjects were often controversial -– especially when it came to charging for his ministry. With his albums at the top of industry charts.  Keith decided to give his albums away for whatever people could afford, even for free. Keith’s heart was to make sure those who could not afford to buy his music could get it.  Since Keith and Melody felt their songs were musical ministry messages and they did not want anyone left out due to lack of funds.  At last count at least 15 years ago over 200,000 albums were sent into prisions and to the poor, without charge.

The same issue arose with Keith’s concerts, which he felt were nights of ministry. After a few years of trying different ways of funding his concerts there was just one idea that gave him peace. He decided his concerts would be free so anyone who wanted could come.  The ministry would rent a hall or stadium and Keith took one offering for LDM to help cover the expenses.  He and Melody did not receive any of the offerings because they were able to support themselves with their music royalties.

Doing free concerts along with Keith’s new album policy were moves that sent shockwaves through the Christian music industry, causing, some record labels, bookstores, or other artists to question his motives. Some thought he wanted to undercut the system and make others look bad. But that wasn’t his heart at all and in the end it was understood he was just following his convictions.

The Lord had taken Keith from concerts of 20 or less -- to stadiums of 12,000 people.  At his concerts Keith always gave an altar call and led thousands upon thousands to the Lord, and just as many firmly recommitted their lives fully to serve the Lord. 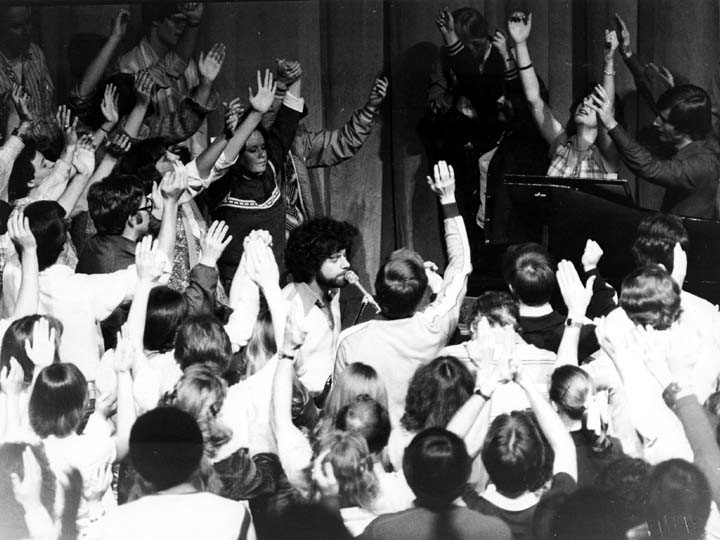 Keith began to appear on many television and radio programs. He talked about his walk with God and played a song or two. But his heart was to please the Lord.  His childhood dream of becoming a super star had been cleansed from his heart years before with something better – being a servant of God.

Keith said, ”I only want to build God’s Kingdom and see it increase, not my own. If someone writes a great poem no one praises the pencil they used, they praise the one who created the poem.  Well, I’m just a pencil in the hands of the Lord.  Don’t praise me, praise Him!”

For Keith, meeting Jesus was one thing. Becoming more like Him was another. He struggled with the same things we all do – developing self discipline, deadlines, bad attitudes, selfishness, and ministry issues screaming for attention. He was also trying to disciple the 70 new believers who had come to be part of LDM, which by now had moved to East Texas. Besides all this, Keith still had music to write, articles to finish, and a growing family and wife to take care of.

After striving for years to measure up to God's holiness, at times even questioning his own salvation, Keith came into a deeper understanding of the sacrifice Jesus made on the cross -- both to forgive his sins, and to clothe him in His righteousness.  It was like a huge weight had been lifted off of his chest.

It wasn't that Keith became less concerned with purity and holiness. But now he was more motivated by love and less by fear in His pursuit of Jesus. He learned so much more about God’s grace and the importance of pausing simply to behold His glory and enjoy His presence. That is perhaps, what Keith loved most.

In 1982 Keith and Melody took a trip to Europe, including Greece and the UK, and their hearts were stirred.. especially when they visited the ministry in the Red Light district of Amsterdam, the open drug use, and the lack of thriving churches where ever they went.  Kith asked every leader what we could do, they all said, “Please tell people we need them to come help us.” 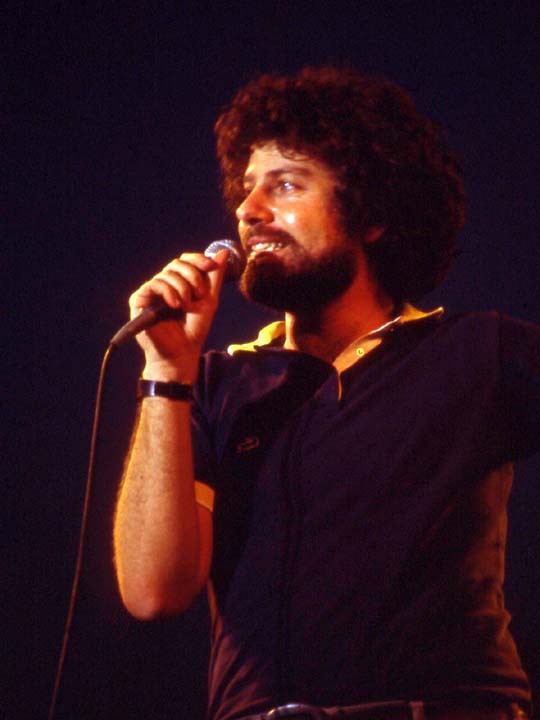 So Keith decided that at his 1982 Fall Tour he would challenge the Christians in America to get out of their comfort zones, and into the the world to reach the hurting.. So in the last few months of his life, with his heart turned back to winning souls, LDM booked large arenas for the Fall Tour, Melody wrote some missions songs, and YWAM founder Loren Cunningham was going to come to talk about the needs in the world, and give an missions altar call.

Keith's heart had fully turned back to those who probably wouldn’t show up at a concert or a church. Keith wanted to go back out into the streets and into the prisons the way he and Melody did as new believers. He wanted to go to the mission fields of the nations, and into secular clubs to reach people with his music. However, it was not to be.

On July 28, 1982, there was a small plane crash and Keith went home to be with Jesus. The crash also took the life of his three-year-old son Josiah, and his two year old daughter, Bethany. Melody was home with their one year old, Rebekah, and was also six weeks pregnant with their fourth child, Rachel. Keith was only 28 years old.

Although Keith is now with Jesus, his life and ministry is still making a huge impact around the world. His songs and passionate delivery are still changing lives. His writings are translated into many languages. Keith once said, "When I die I just want to be remembered as a Christian." It's safe to say he reached his goal, and perhaps, a bit more.

Keith Green was simply a man of conviction. When his convictions led him to an eternally worthy object in the person of Jesus he sold all that he had—ambitions, possessions, and dreams—to possess His love. In so doing he became a man of devotion. He also became a man remembered, and still missed, by millions around the world.

1982 Sparrow Records Original Pressing View this record grading chart for a better understanding of what VG, VG+, NM stand for. We make every effo...

Pre-Owned CD BEC Recordings 2001   About Your Pre-Owned CD.Every Pre-Owned CD is shipped in original packaging and is guaranteed to play perfe...

Pre-Owned CD Sparrow Records 1981   About Your Pre-Owned CD.Every Pre-Owned CD is shipped in original packaging and is guaranteed to play perf...

Pre-Owned CD Pretty Good Records 1986   About Your Pre-Owned CD.Every Pre-Owned CD is shipped in original packaging and is guaranteed to play ...

Pre-Owned CD Sparrow Records 1992 About Your Pre-Owned CD.Every Pre-Owned CD is shipped in original packaging and is guaranteed to play perfectl...